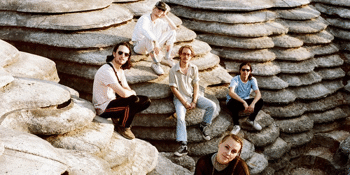 With their latest album, Fluid Motion, Melbourne collective 30/70 are set to soar into higher territory as the face of Australia’s newest wave of soul-influenced brilliance. From swirling opening pads to sax-laden shimmers, Fluid Motion is an instant classic, effortlessly shifting between neo-soul and languid, astral-facing future jazz textures and authentic vignettes of UK club music history.

It’s a formula that those already caught in 30/70’s celestial web are fully aware of; first defined on the local heat of their 2015 debut Cold Radish Coma and majestically expanded upon with their critically acclaimed 2017 release Elevate on Bradley Zero’s Rhythm Section INTL (mixed by Paul Bender of Hiatus Kaiyote). Elevate did exactly that - elevating both the scope of the band’s sound as well as their standing in the local and international community. Strongly supported by the likes of Gilles Peterson, Tom Ravenscroft, Jamie Cullum, Matthew Halsall and Bradley Zero, the UK has become something of a second home for 30/70. The music has brought the band on international tours (playing at London’s renowned Ronnie Scott’s Jazz Club, Worldwide Festival, A Love Supreme Jazz Festival, Jazz A Vienne + many more) and to the attention of the wider public and key tastemakers alike.